How to Turn Common Trash Into Survival Tools

The things we throw away in the course of daily life become valuable tools when we’re a hundred miles from the nearest vending machine. One of the greatest joys outdoor living is the knowledge that even the smallest things can make you quicker, better, and stronger.

So don’t throw out that soda can or walk on past the litter near your campsite — read this list and turn that trash into survival gold.

Hunt and Fish with a Soda Can

Cut a wide triangle into a piece of stiff aluminum and fold in half to make a spear point. Strengthen it further by folding it over a stiff material such as wood or stone, attach it to a shaft, and you’ll have a weapon suitable for hunting small game.

If you’re fishing, remove the can’s pop-top and cut away some of the metal until you have a hook shape. This won’t be strong enough to capture a large mouth bass, but you might get a guppy out of it.

Turn a Can into a Stove

There are many varieties of can stoves, which range in complexity and quality of performance. Three common types are the tuna can, soda can, and tin can stoves.

The tuna can stove is the simplest, but isn’t reusable. Fill a tuna can with a roll of cardboard and construct a couple of wicks. Pour in melted wax. This creates a cheap and lightweight stove that will burn for a while, but once the cardboard has burnt, it turns back into trash.

The soda can stove is arguably the most popular homemade model. It requires two soda cans and denatured alcohol for fuel, but is relatively simple to construct. It can be reused, burns hot, and is extremely lightweight.

A rocket stove design utilizes several tin cans from soup or dog food, as well as vermiculite, and requires you to cut sheet metal. While more involved to build and significantly heavier, these deluxe models are wood-burning and can double as heaters. This is the stove you’ll want if you’re planning on exiting society for quite some time and you count on good home cooking. Raccoon has never tasted so good!

Bake Inside an Orange Peel 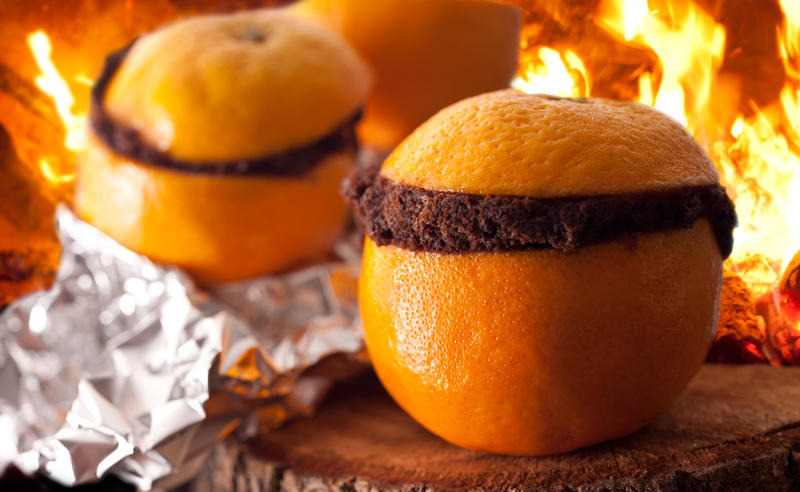 Baking in an orange peel over a campfire

Peel your oranges carefully from now on. These inedible husks make great leak-proof vessels for baking in the coals, as the thick, moist rind helps your batter or dough cook evenly and resists burning. Just slice the orange in half to remove the fruit, fill with batter, and secure the top with toothpicks or wood shards. And there’s nothing to wash; when your food is cooked, the rind is now a bowl as well.

Make a Weapon Out of Old Newspapers

By rolling and folding newspaper sheets into a brick-like shape with a handle on one end and a fold at the other, you can actually create a basic self-defense tool. When folded, something as thin as a piece of newsprint becomes what’s known as a Millwall brick – a blunt object capable of afflicting significantly greater trauma than a fist. It’s rudimentary, but if there’s a snake in your tent and you left your Uzi at home, you’ll be very glad you’ve got it.

Start a Fire with a Bottle

By filling a glass or plastic bottle with water and holding it in bright sunshine above a pile of tinder, you can focus the light beams into starting a flame. Due to the wily laws of physics, you’ve got to get the angle just right, so this is definitely a technique for the patient. Let’s face it, though – you’re in the middle of the wilderness. Where were you planning on going?

Start a Fire with an Egg Carton and Some Dryer Lint

Egg cartons are great material for starting a fire. Stuff each cavity full of dryer lint and cut each cup apart from the group. Fold each compartment shut and seal with melted wax; each package is now a waterproof fire starter that will burn for about 15 minutes.

If you can’t get your fire started by then, keep reading this site to bolster your survival skills. It seems like you’ve got a lot to learn.

Use a Trash Bag for Anything and Everything 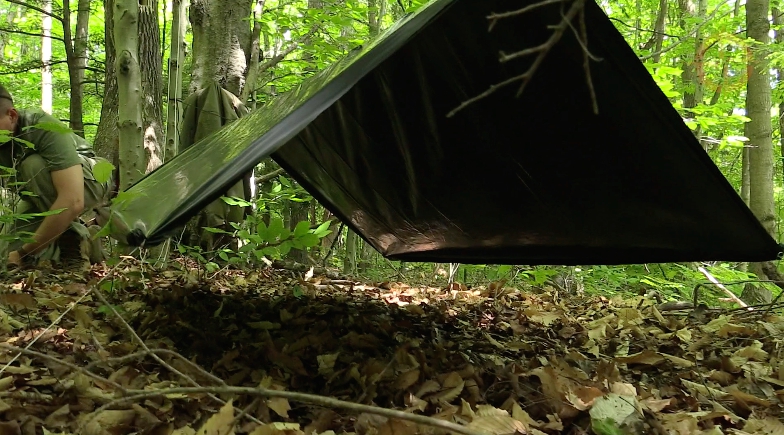 Lightweight and impermeable, a trash bag is one of the most useful things you can have when you’re in the elements. Cut slits in it and hang it over the entrance to your shelter for a fly and mosquito screen. Wear it as a poncho for rain protection. Layer it under your clothes in cold weather for extra insulation or tape it over a wound for protection from dirt and infection. We’ve even heard of people blowing them up with air for a makeshift pillow.

If you’re a real outside-the-box thinker who likes to get creative, you might even be able to use it as some sort of bag. Hust don’t be surprised if people start calling you crazy.

Make an AM/FM Clock Radio Out of a Coconut

Seriously? Unless you are camping with The Professor from Gilligan’s Island, you’re out of luck. Besides, where were you planning on getting that coconut?