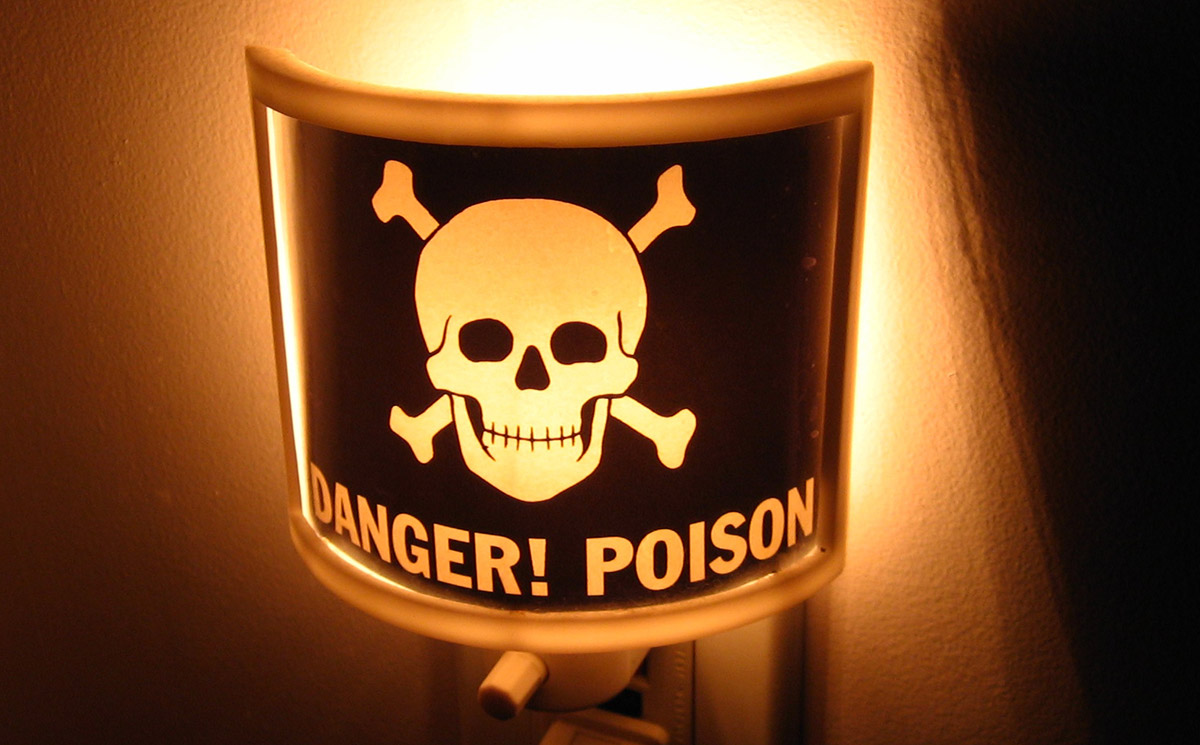 Interesting survival fact: the human body can last weeks without food, but can last less than a day with poison.

Shocking, right? But for that reason, it’s arguably more important to know what will kill you than what will help you survive.

This list is a starter’s guide to North American poisonous plants. It’ll give you a head start in what we can only hope is your goal of not dying in the woods. 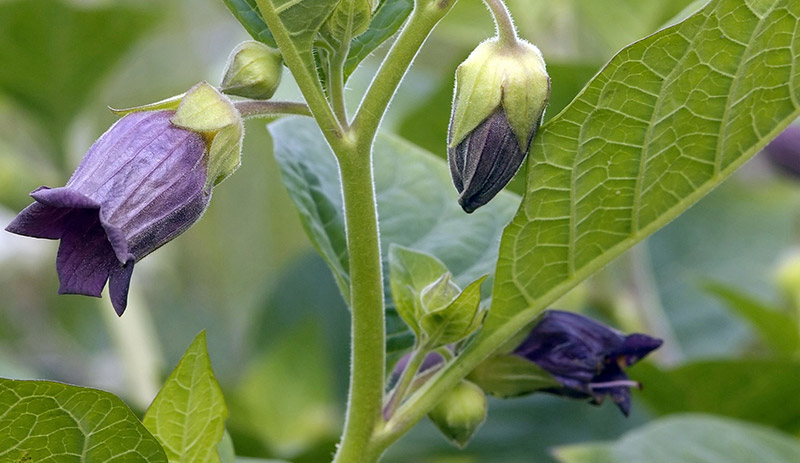 Belladonna, or poisonous nightshade, is an innocent-looking plant that produces black, sweet tasting berries. Eating two of these could be enough to kill you – but we’re not worried about that, because we’ve very explicitly warned you on this very site to not go eating strange berries.

The bigger danger of belladonna is posed when the plant is not in fruit and therefore harder to recognize. Belladonna is often mistakenly harvested as burdock, an edible plant that grows in the same regions. Both roots look incredibly similar, but only one will kill you. Don’t eat that one.

All of these plants and hundreds more are spelled out in this Field Guide to Venomous Animals and Poisonous Plants: North America North of Mexico. 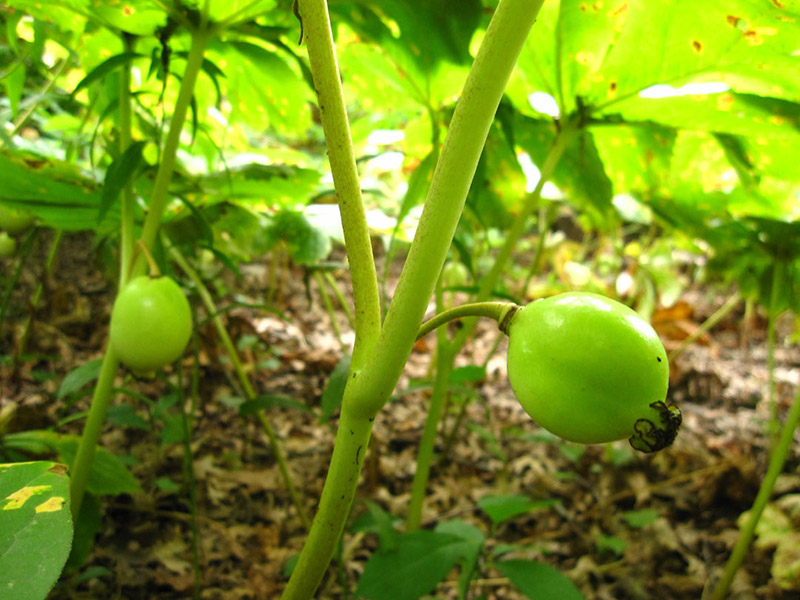 Just because a plant is edible in part doesn’t mean it’s entirely safe. The mayapple is a classic example – while its fruit is a great foraging option, it’s only edible when fully ripe.

The mayapple’s unripe fruits, leaves, and roots are all poisonous. Symptoms can range based on dosage, but include seizures, kidney failure, and death. So if you’re not sure if that fruit is ready to pick, maybe wait a bit. Sometimes, the early bird misses the worm … and gets the lethal case of mayapple poisoning. 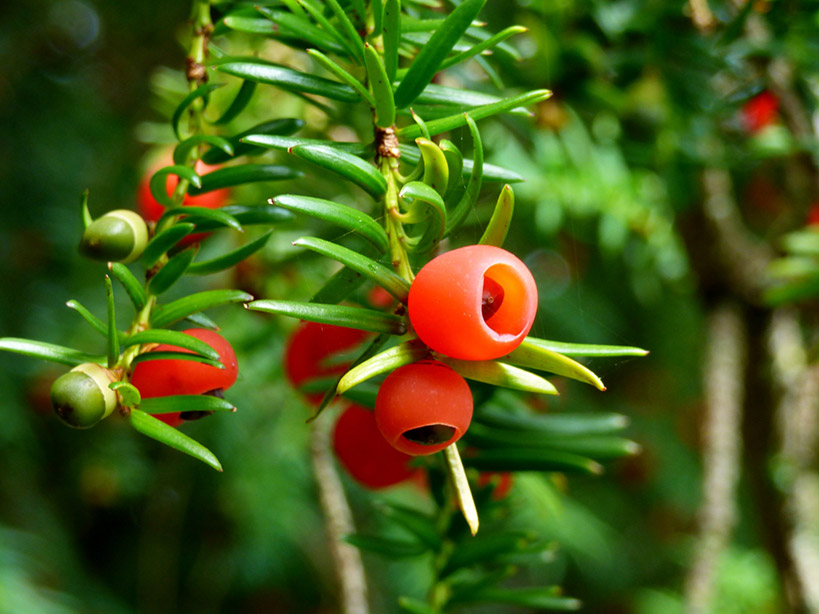 We’ve told you before and we’ll tell you again: don’t go eating suspicious berries in the wilderness. Most wild berries are poisonous to humans. Only an expert should go hunting for the few that are safe.

While simply avoiding berries is wise, a knowledgeable forager should be able to distinguish between varieties. Berries vary in toxicity and symptoms. Choke cherries will choke you. Mistletoe causes convulsions. Holly berries will kill you slowly. Yew berries will kill you instantly. So yeah – we’re definitely sticking with that “avoid suspicious berries” advice. 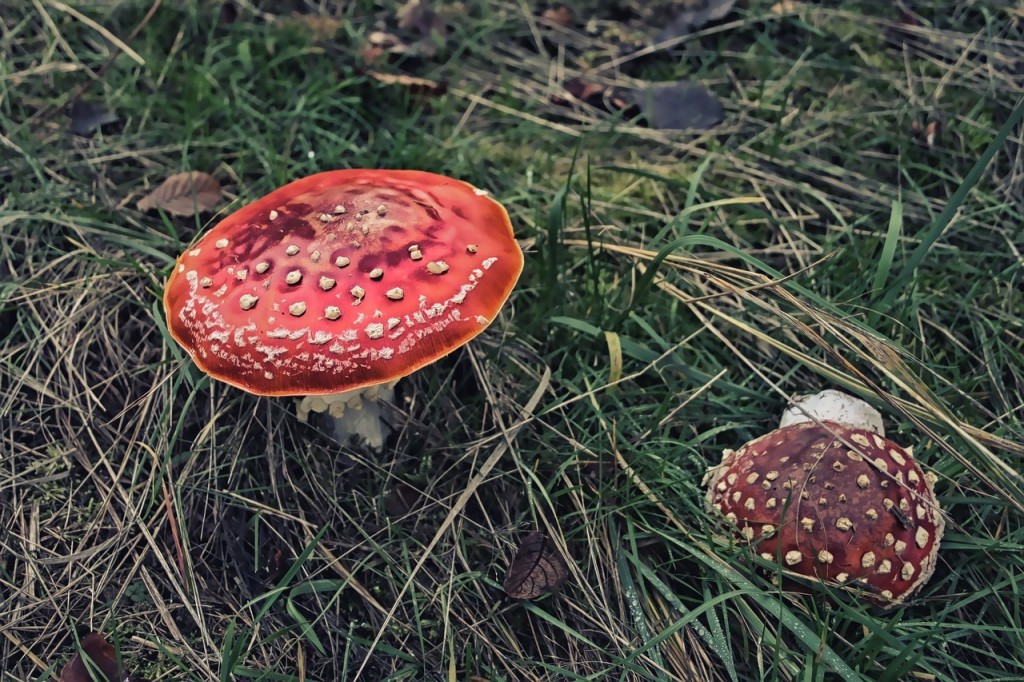 Mushrooms, unlike berries, are mostly safe to eat. It’s the few varieties of poisonous lookalikes that render novice mushroom hunting a dangerous activity.

One of the most lethal mushrooms, the death cap, looks, smells, and tastes delicious. It also closely resembles several varieties of common and safe mushrooms. I’ll leave you to infer from its name what will happen if you accidentally throw one in your stir-fry.

We are not even going to attempt to train you here in how to identify and harvest mushrooms. The information is useful, but it’s best learned in the field under the tutelage of an expert. So be safe and save your chicken tetrazzini recipe for another day. 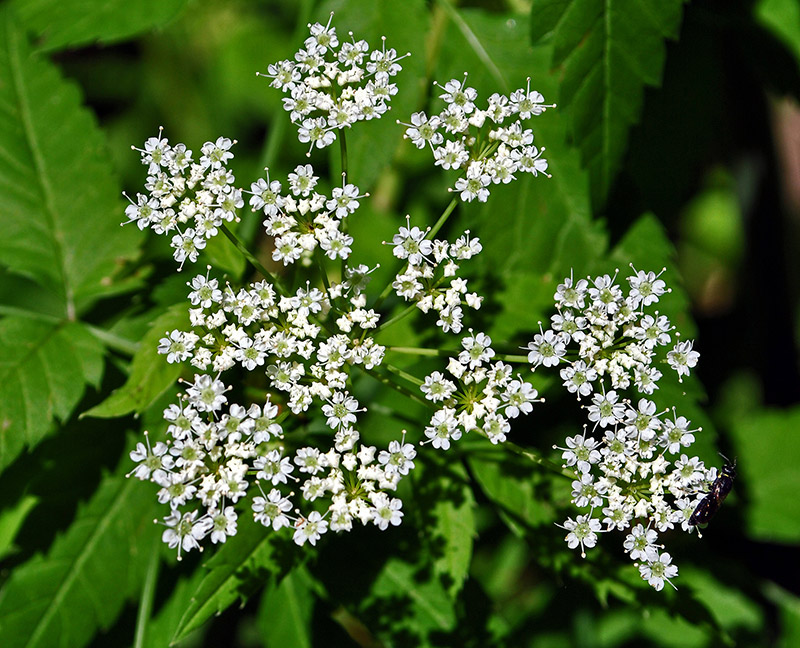 Water hemlock is easy to find and quite pleasant in appearance – which of course means it’s a death trap. It’s considered one of the most toxic plants in North America. Even touching the sap from its roots can cause seizures and death.

Common in fields and near streams, water hemlock grows slender stalks topped with a cluster of little white flowers. Touching its roots will kill you. Eating a mouthful will kill you. Gazing at it from afar and appreciating the power of nature will not kill you. Consider sticking to the latter. 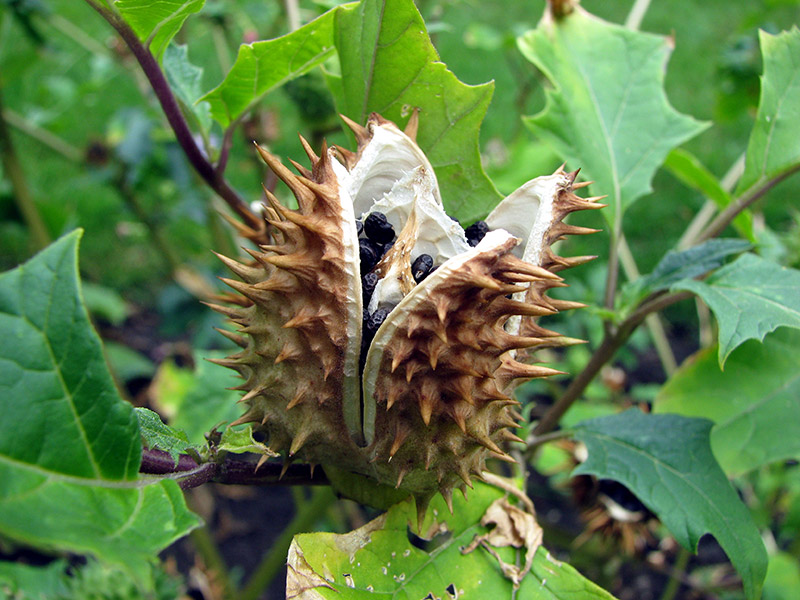 Jimson weed has a rare distinction – it was responsible for the first known plant poisoning on U.S. soil, used by Jamestown settlers on British troops. Despite its illustrious past, we don’t recommend participating in a celebration of our nation’s history by adding it to your salad. It causes severe hallucinations, coma, and death.

People sometimes use it recreationally as a “natural” hallucinogen, which is all fun and games until the trip lasts for upwards of a week and then you die. 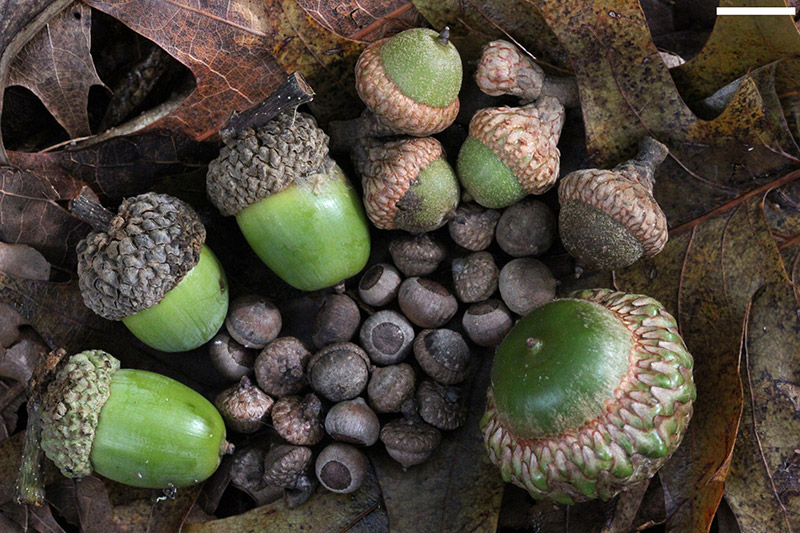 We know how it is – all the squirrels are eating them and you just want to fit in. Don’t. Consuming raw acorns probably won’t kill you, but it will damage your kidneys and give you bloody diarrhea, which was recently awarded the prize for Worst Thing Ever by the Everyone in the World Foundation.

Once cooked, acorns are perfectly edible and even consumed as staple food in many parts of the world. Go figure.

Poisonings come in all shapes and sizes, folks. While a poison ivy rash won’t kill you, you should know how to avoid it. Even a small rash creates an open wound, and that can leave you vulnerable to infection when you want it least. NEVER burn poison ivy. The smoke creates a rash on your lungs that can be fatal.

Poison ivy has almond-shaped leaves that usually grow in clusters of three, though sometimes more. Another important identifier is the uniquely shiny leaves. Poison ivy grows on the ground and in climbing vine form, so steer clear of any trees with fuzzy-looking sides. 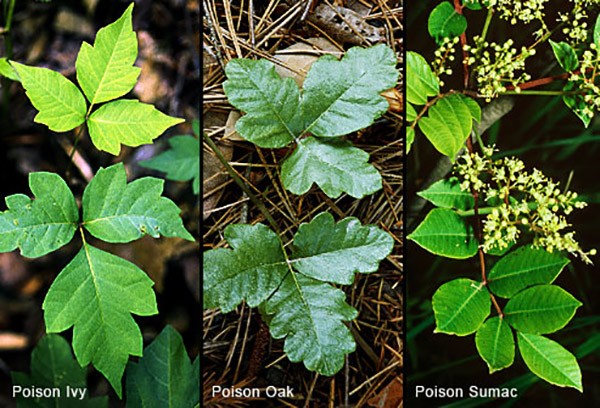 Poison oak looks different from poison ivy, but its effects are similar. Varieties are present in the western and southeastern United States. Also glossy and growing in clusters of three, its leaves have scalloped or lobed edges. It creates white flowers in the springtime.

If you want to know everything you need to know about North America’s poisonous plants, check out A Field Guide to Venomous Animals and Poisonous Plants.