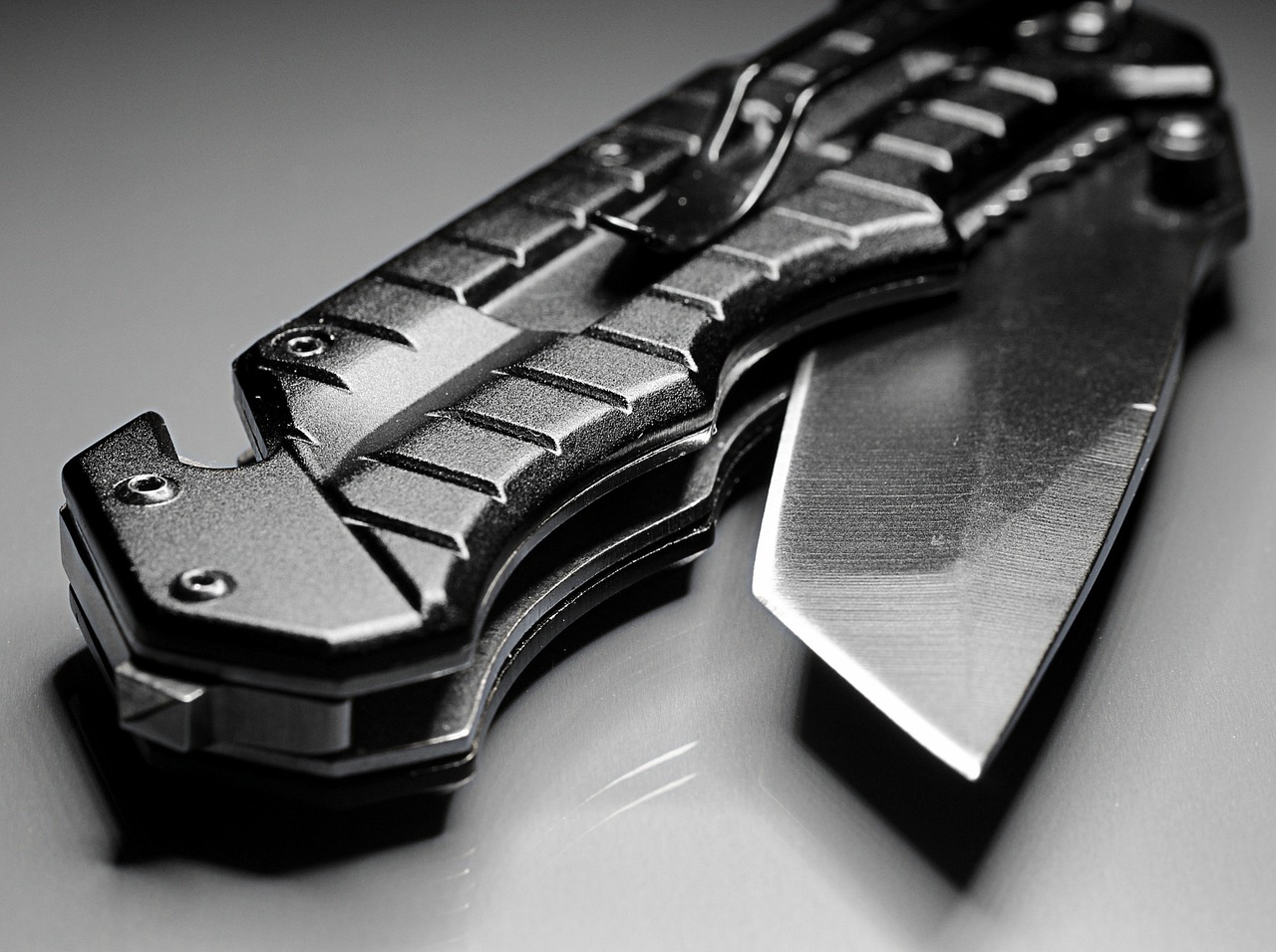 A proper survival knife is a no-brainer for any survivalist’s bug out pack. But, these seven hacks allow you to up your blade game even further … quickly, easily, and cheaply.

(Also, don’t miss out on your free stealth QuickBlade knife — a $20 value!)

#1: How to Sharpen Your Knife Without a Sharpener

Most preppers/survivalists don’t think to pack a knife sharpener in their bug out bag. Not a problem, as long as you can get your hands on an old dish/plate/bowl — just about any dish will do, as long as it has a rough “ring” around the bottom:

#2: Add a “Wave” Feature to Your Folding Tactical/Survival Knife

This one is so slick, quick, and easy, it’s a wonder we haven’t seen it before. Adding a “wave” feature to your survival knife provides “quick draw” functionality that could be invaluable in a combat or survival situation.

A brand-name knife sheath can run hundreds of dollars or more. Or you can build your own for less than $20. Here’s how:

Or add a micro survival kit to your current knife sheath:

#4: How to Split Wood (or Fell a Tree) with a Folding Knife

A folding knife is maybe one of the worst tools to use to split wood. But it doesn’t have to be with this simple trick:

… or take it a step further to actually fell a tree:

#5: Transform an Old Hacksaw Blade Into a Survival Knife

Knowing how to make treasure from trash is among the most invaluable survival skills. Here’s how to turn an old hacksaw blade into a proper survival knife:

#6: Make an Everyday Working Knife With No Powertools or Heat

Of course, in a dire survival situation, you may not have access to power tools. But a survival knife is just as important — if not, more so. Here’s how to build an everyday knife with no powertools and no heat:

#7: Turn Your Neck Knife Into a Survival Kit

This one is cheap and dead simple. Turn your neck knife into a basic survival fire kit:

And don’t miss your chance to score a FREE credit card knife ($20 value)!