We’ve talked about the importance of a positive outlook and good morale in survival situations. Once you’ve got basic subsistence down, adding some flavor to your food will keep your spirits up. Ingredients like salt and spices can be hard to come by – most people aren’t packing BBQ rub or gourmet Sriracha ketchup in their bug-out bags.

Here are several plants you can forage, and one pretty important survival skill, that will add some serious flavor to what you’re eating. Use plants as a pot herb in soups and stews, or sprinkle them on food after cooking for a burst of flavor.

Hey, if you’ve got to gnaw on some chewy, charred snake in the rain, at least make it a little less bland!

Field garlic is pretty excellent. When cooked, it adds the same aromatic, savory flavor component that store-bought onions and garlic do. When added to foods raw, it’ll provide the same biting kick you’re used to (though a bit milder).

Even better, it’s easy to find. Wild garlic grows all over the place, often in abundant patches. Identification is a no-brainer – while there are plenty of plants that look like field garlic, the smell of the crushed plant is a dead giveaway. (If for some reason you don’t know what garlic smells like, we’re sorry. Get yourself to an Italian restaurant as quickly as possible.)

Spicebush can be tricky to identify in certain seasons, as it has common-looking oval leaves, but its bright red berries are an easy tip-off in autumn. The berries have a distinctly peppery aroma and flavor.

The leaves are also usable as a fresh herb. Their flavor is still peppery, with a more pronounced citrus component. If we’re allowed to reach here, we’ll call it the closest you’ll find to lemon pepper seasoning. Unfortunately, we have no suggested replacements for Nacho Cheese Doritos or the flavor packets in ramen noodles, as nothing even close to that can be found in nature.

Some people separate spicebush berries from the berry seeds, as the seeds are more peppery and the flesh of the berry is a bit sweeter. We’ll leave the decision up to you, but generally we don’t consider being persnickety to be a key survival skill.

Unfortunately, spicebush cannot be dried, as the high fat content of its berries causes them to turn rancid, and the leaves will lose flavor. 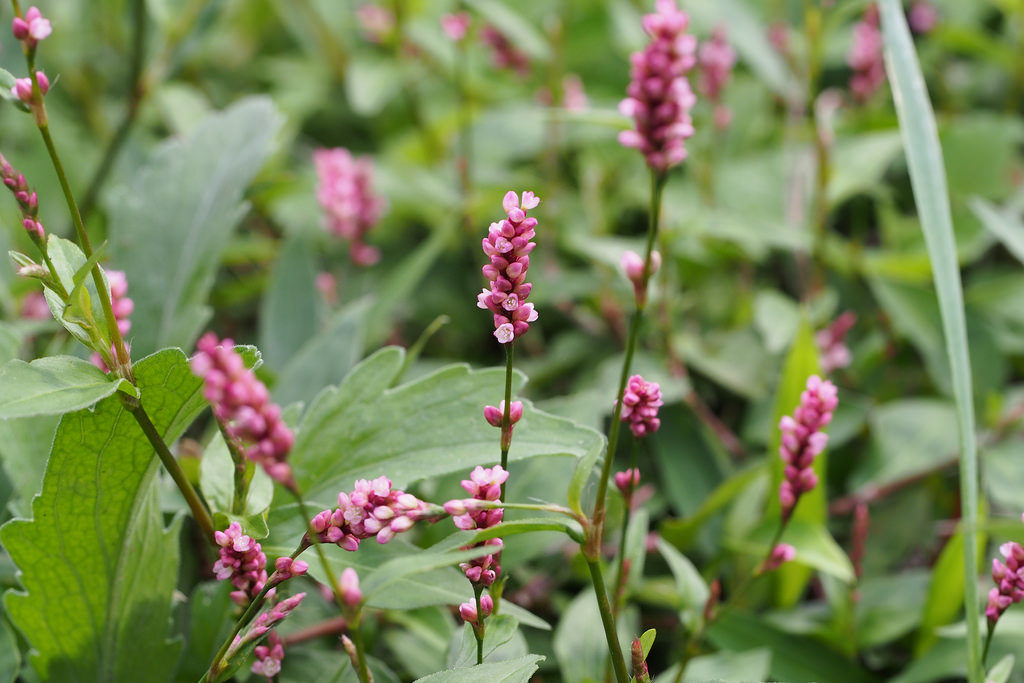 Smartweed also has a peppery flavor, but one that’s much spicier and more intense than spicebush.

Smartweed can be identified by its many-jointed, branching stems. Even when dead and brown, smartweed retains its spice, making it a great option for drying.

You can use it in just about anything, but use it sparingly – its peppery flavor builds slowly but surely. Don’t be like that guy who orders everything “Thai spicy” in the restaurant and then chugs down 5 glasses of water in a desperate attempt to reverse his stupidity.

This weed got its name from the days when black pepper was expensive. Those who couldn’t afford it picked poor man’s pepper instead.

When it comes to survival, everyone’s basically a poor man. So do like they did and look for a small herb with toothed leaves and white flowers.

Despite its name, the seedpods are the only part that tastes even close to black pepper. The leaves are also edible but taste more like horseradish.

Use poor man’s pepper as a pot herb or added to salads. You could even use it to make your own survival wasabi.

Even if you can’t forage worth a damn, you still can get a little flavor into your meat or fish.

Smoking is a great way to preserve meat, and it also lends a strong flavor to your food. Using aromatic woods like hickory, applewood, or oak will provide some long-needed intrigue to your palate.

Bring a fire to the point where it’s smoking, but not producing a great amount of flame, and then hang your protein over it. Make sure you don’t cook the meat while smoking it, as that can cause it to spoil. The entire process will take at least one full day.

Most of the seasonings on this list can be added to meat before smoking for a flavor double whammy. 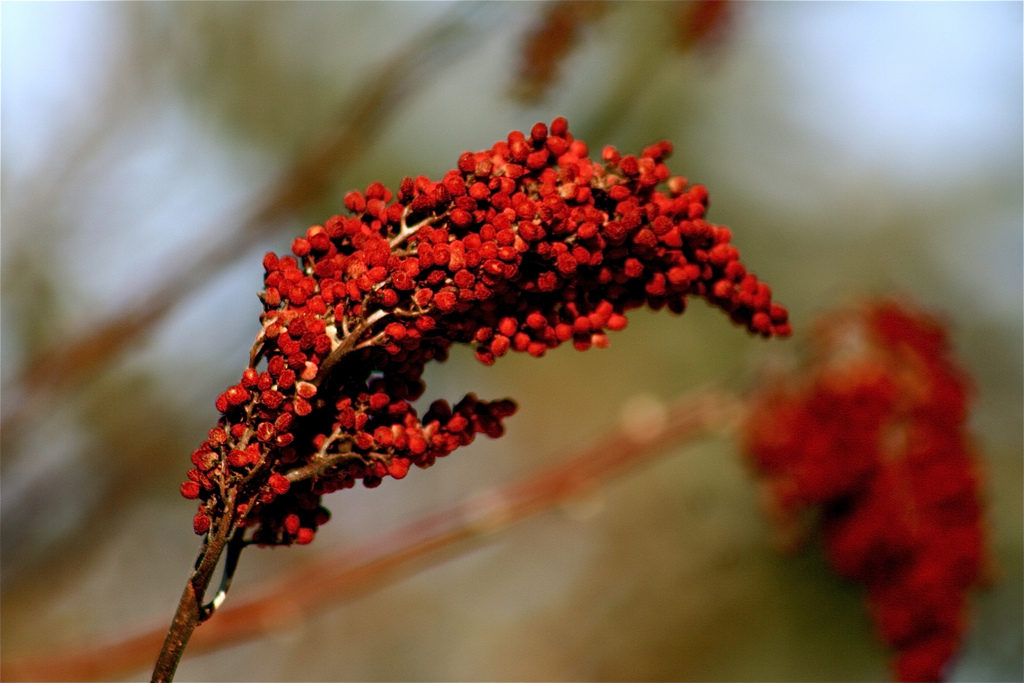 Before you scroll right down to the comments section to complain, let us explain one thing: sumac is not the same thing as poison sumac. In fact, that’s the very reason they added the word “poison” to “poison sumac”.

Sumac is probably the most legit spice on this list, in that it is actually sold in stores and is a major spice in Mediterranean and Middle Eastern cooking. It tastes tart, clean, and citrusy and can be put on just about anything, from meats to starches and veggies.

You eat the berries, which grow in large clusters. They ripen around late summer when they turn a bright red. In case you’re still worried, take note that poison sumac has white berries. So only eat red sumac berries and you’ll be ok. OK? Okay.

Dry the berries and grind them into a bright red powder that will last for months and add a bright, summery flavor to your food all year round.

Despite the fact that most Americans use ginger primarily in Asian-style recipes, wild ginger grows throughout most of North America. Botany is colorblind.

Wild ginger grows low to the ground in shady areas. It sports dark green, heart-shaped leaves and puce flowers. That’s right – not purple, not brown. Puce. Look it up.

There are no surprises here. Eat the root and use it the same way you’d use commercial ginger. Soups, teas, and even candying are all options here.

The roots dry well and are also useful in soothing an upset stomach, which can aid your survival in a whole different way.