The proliferation of survival shows, outdoor websites, and the sensationalization of prepping culture have led to plenty of myths about survival.

Pop culture has spread many of these survival myths to the point where even skilled outdoorsmen — maybe even you — have started to believe them. Round-ups that claim to reveal “secret” lifehacks to help you survive in the wilderness or when SHTF are too numerous to count.

But, how many actually live up to their promises? Too tough to say, but these 25 definitely don’t. These are the survival myths that can hurt you — or even kill you.

Survival Myths That Can Hurt You (or Worse)

Survival Myths About Water and Hydration

Suck a Rock for Hydration

This gem seems like it’s been around since the dawn of man. The idea is that, by sucking on a stone, you’re literally getting your saliva juices flowing. That’s somehow supposed to hydrate you, we guess. But, since you’re not actually getting any liquid from the stone, the gains are nil. Plus, it could become a choking hazard.

Yes, technically there’s lots of water in blood. But, that doesn’t mean it’s a reliable hydration source, especially since there are tons of other potential contaminants and pathogens as well. It may hydrate you in the short-term but, you’re playing Russian roulette in the long-run.

Sip Your Own Pee to Keep Hydrated

Bear Grylls had made some good coin off convincing thirsty, would-be survivalists to drink their own pee. Urine is chock full of waste products, so putting them back into your body is rarely a good idea. Sure, you can. But why would you want to? If you’re desperate, urine can be used to dampen clothing to keep cool in very hot climates. But, that’s about it.

Eat Snow to Keep Your Fluids Up

It may seem counter-intuitive, but there’s surprisingly little water content in snow. Believe it or not, the air-to-water ratio is 9-to-1 or worse. That means you’ll need to consume more than two gallons of snow to get a quart of water. The real problem is that, in doing so, you’re also consuming a ton of freezing air. This will rapidly freeze your core which, in a survival situation, is not good. 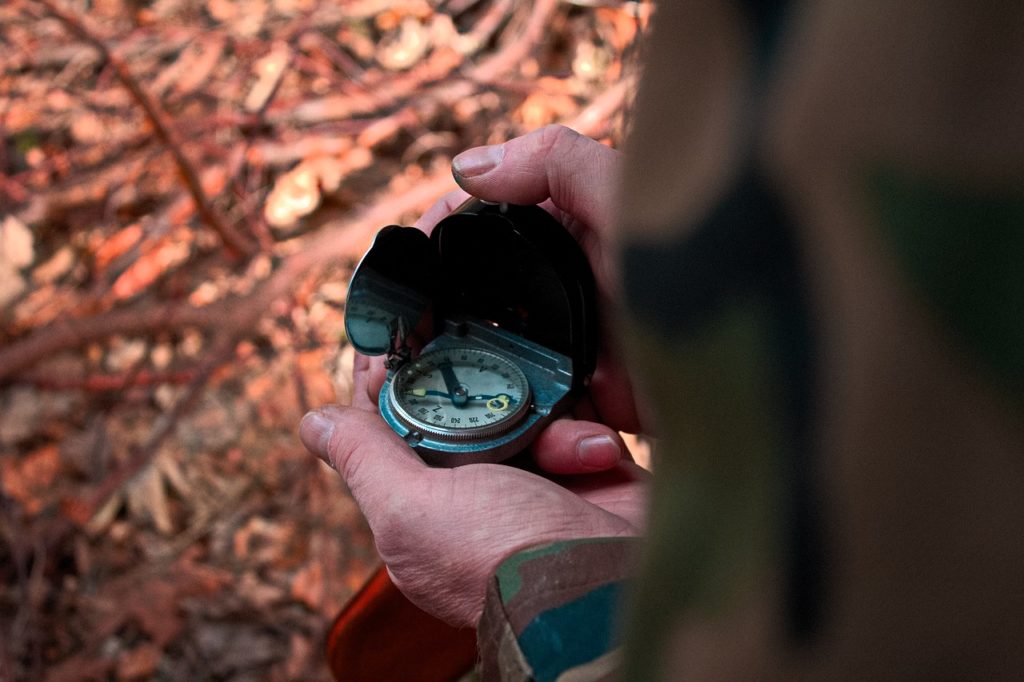 Survival Myths About Navigation and Wayfinding

Flying Birds Can Lead You to Water

Many aquatic birds stick closely to the water’s edge, but some travel far and wide for food or even shelter. Geese often head toward water at sunset, but not always. The problem is: you can never know a bird’s plans. So, they’re not a reliable indicator of finding a water source.

Moss Grows on the North Side of Trees

Sometimes it does, sometimes it doesn’t — it’s not a reliable indicator of direction. Moss often grows wherever it’s warm and sunny. Rely on your compass instead.

Take a GPS and You’ll Never Get Lost

Whether as their primary navigation tool or as a backup, every backcountryman or survivalist should carry a GPS. But, you should count on the batteries dying, not being able to find a signal, or losing it entirely. Always pack a backup solution that includes a map and a decent compass. 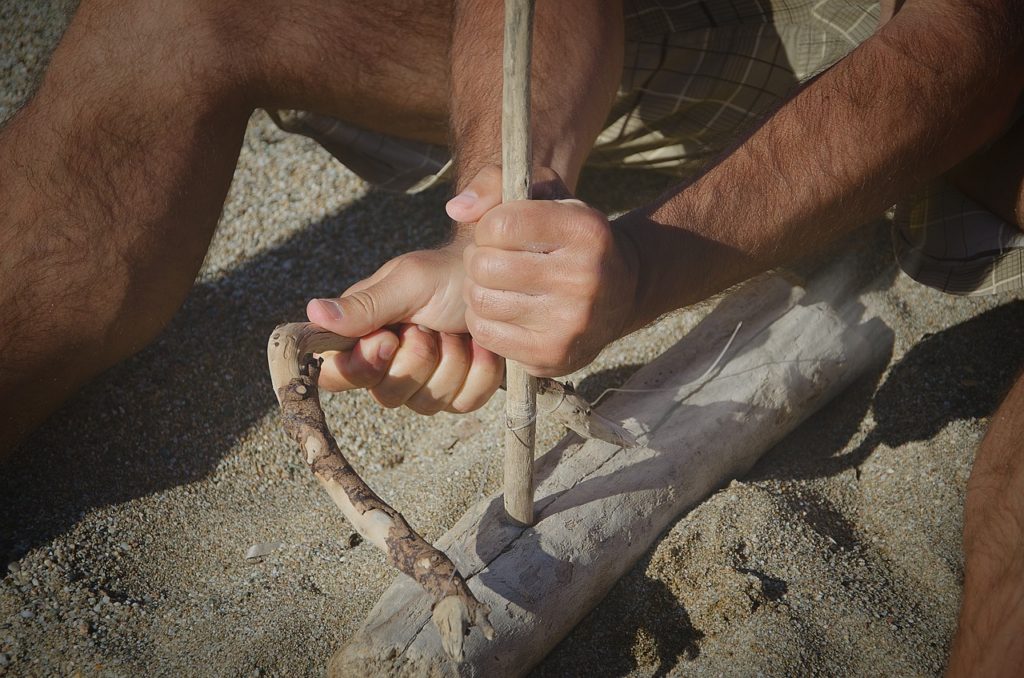 Fire Making with a Bow Drill

Rub Any Two Sticks Together to Make Fire

Friction generates heat, and sufficient heat can lead to flame. But, you can’t just rub any ol’ sticks together. Firestarting techniques that rely on friction take practice — sometimes hours of it. The magic of TV makes it look damn easy for Bear Grylls. What’s edited out are the countless hours he spends unsuccessfully trying to light a fire.

Rock-hard woods like oak might seem like the ideal choice for a friction fire. But, often, their density and ignition temperatures are less than ideal for friction-fire boards or drills. You’re better off with soft, non-resinous woods. Think willow, cedar, cottonwood, and basswood.

Find the Best Firewood with ‘The Thumbnail Test’

Some folks seem to think that if you can dent a piece of wood with your thumbnail, that’s an indication that it’s a suitable choice for starting a friction fire. This test has no bearing on a wood’s suitability for fire-making: some softwoods pass this test, while some dense woods do too.

An Eight-sided Bow Drill Is Ideal for Firestarting

The octagonal drill has been popularized on many survival TV shows. The thinking is that the eight edges help the drill grip the bow string better and in more places which theoretically results in more friction. Problem is: the sharp edges shred the holy hell out of the cord and cause it to vibrate like crazy. They also don’t do any better of a job gripping than a standard round drill would.

Dry Off Wet Matches to Make Them Good As New

Sorry, but no. The chemicals used in standard matches create a delicate balance that can easily be disrupted or destroyed by moisture.

The solution to wet matches is to either invest in good waterproof matches (the best choice) or make sure your traditional matches don’t get wet in the first place by storing them in a waterproof container. 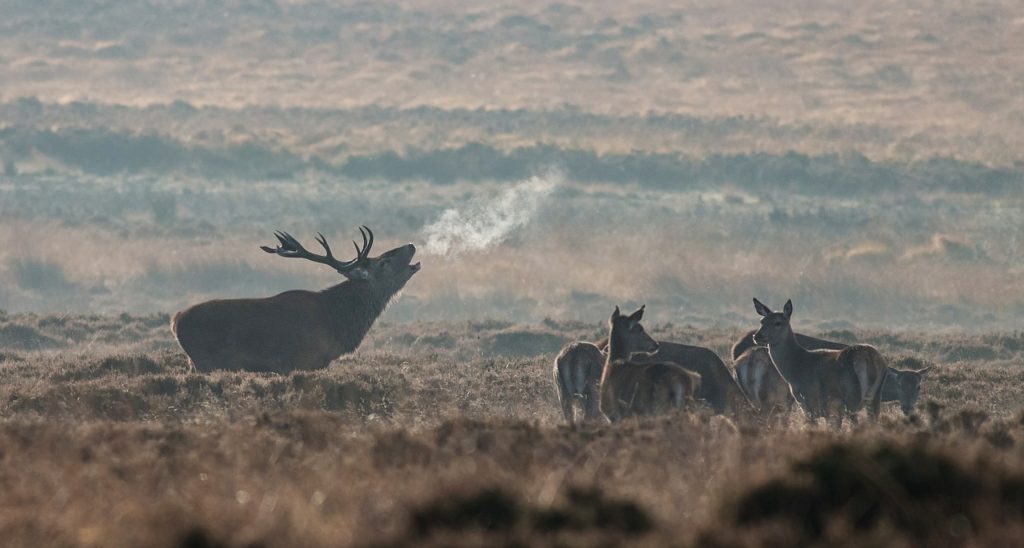 Wild Animals: Survival Myths That Can Hurt You

It’s tempting to think that a bunch of berries you just watched an elk eat are safe for you to eat too. We do share a lot of common biology with other animals in the animal kingdom, but not all of it. Never rely on watching wild animals dine as a reliable indicator of what wild edibles might be safe for you to consume. Birds and small mammals like squirrels are capable of eating nuts and berries that are toxic or downright fatal for human consumption.

Cut & Suck the Venom from a Snakebite

Hollywood has fooled many a survivalist into thinking that cutting and sucking the venom from a snakebite is a solid course of action. Not so. In the real world, what this actually does is to enlarge the wound which increases the likelihood of blood loss and possible infection. Instead, dress the wound, put pressure on it, and get to the nearest hospital for treatment.

Usually you’ll be just fine eating raw meat in the wild. Same with drinking from that pristine mountain stream. But, why chance it when we know that thoroughly cooking meat and seafood before consuming it virtually guarantees you’ll kill any pathogens within. To play it safe, always kill and cook anything you find in the wild before eating it.

Survival Myths About the Cold

Of the survival myths that can hurt you, those about cold seem to be the most wrong. Here are a few of the worst …

Warm Up by Drinking Booze

There’s no doubt that a handle of bourbon will warm you up. But, the feeling is only illusory. Alcohol, especially in large quantities, actually dilates the blood vessels on the surface of your skin. This chills your core fast, even if it doesn’t feel like it. To truly warm up, you need a nice hot, non-alcoholic drink (sorry) like tea or cocoa.

Victims in the worst stages of hypothermia — that is, after the confusion, endless shivering, speech slurring, and general clumsiness have set it — will likely be exhausted. Their natural inclination is to want to sleep. If they’re in this rough of a shape, the worst thing they can do is try to catch some shut-eye. It can lead to death. The best prescription is to keep them awake as you warm them slowly.

Hot Tubs Are a Great Cure for Hypothermia

The goal of treating a hypothermic victim is to rewarm their core body temperature to as close to 98.6°F as possible. But, the key is to do this slowly. Dropping them into a 100-plus-degree hot tub is a surefire way to, at best, inflict excruciating pain or, at worst, kill them via heart attack. Your best bet is to place hot water bottles in both armpits or rely on skin-to-skin warming inside a space blanket or something similar. Never, ever use a high-heat source to rapidly rewarm a victim of hypothermia.

Shock victims should never be given food because of the risk of vomiting, choking, or both while unconscious. But, victims of mild to moderate hypothermia can benefit from small quantities of high-calorie foods repeated over time. These can help to fuel the victim’s metabolism which in turn fuels their own heat-generating capability.

It might seem like a good idea, but trying to “thaw” frostbitten skin by warming it is never wise. Frostbite occurs when ice crystals form within your tissue and skin. Rubbing can cause these crystals to break and lacerate the surrounding tissue. The right way to treat frostbite is by rewarming the skin gradually and taking plenty of painkillers in the process.

All Base Layers Are Created Equal

As long as you layer up, it doesn’t really matter what material you’re layering up with, right? Wrong. Cotton is fine in hot, dry climates. But it’s the worst possible choice for cold weather wear. It loses its insulation properties when wet, and actually draws out your body heat much faster in the process. Plus, it takes eight times longer to dry than wool or synthetics. Remember: if it’s frigid enough for long johns (thermal underwear), it’s too cold to be wearing cotton. 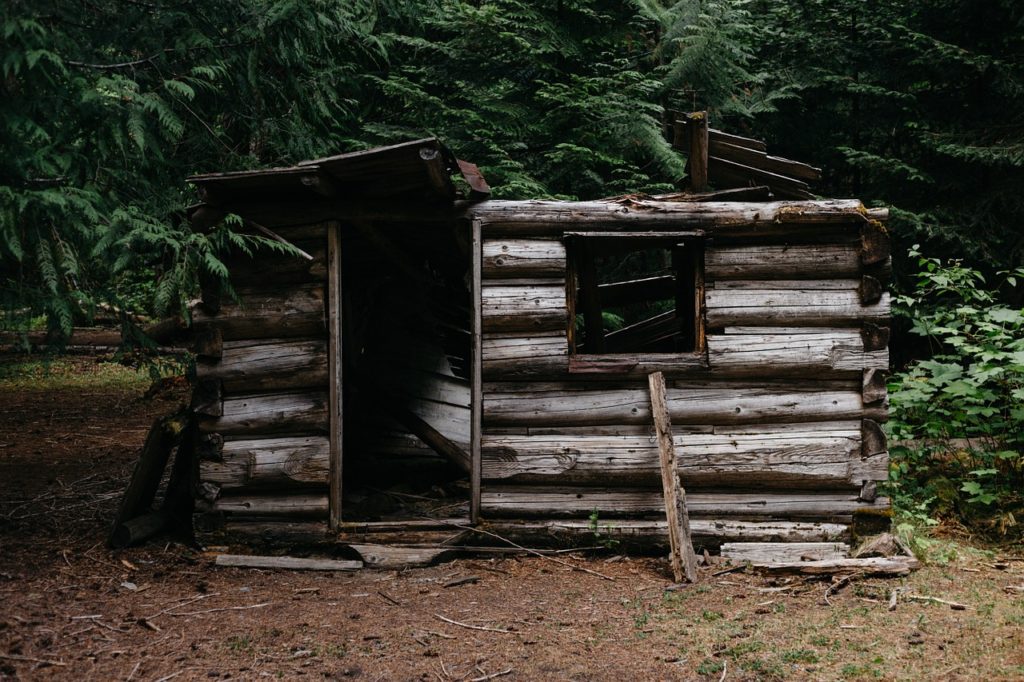 A Cabin in the Woods

Shelter-related Survival Myths That Can Hurt You

Lean-tos have become a staple of survival TV shows because they look very rustic and, well, cool. They’ll work in a pinch or if you legitimately have no other choice. But, ideally, you want something more weather- and windproof — a shelter with a roof, walls, and a doorway. All of this will keep you drier and warmer than any lean-to.

Space blankets might look like crappy, aluminum foil novelties you’d find on late-night infomercials. But, the science behind them is sound, and using one in a survival situation could save your life. Space blankets work by reflecting infrared heat back to your body instead of allowing you to lose your body heat to the environment. The result? This thermal reflection process absolutely will keep you warm. Plus, they’re cheap and pack down small so there’s no reason not to always carry a couple in your pack and in your car.

A Big Fire Is Always Better Than a Shelter

Actually, you want both. But, if you can only have one, opt for a well-made shelter which will keep you dry and (ideally) out of the wind. A Facebook! 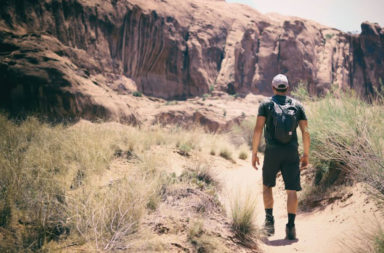